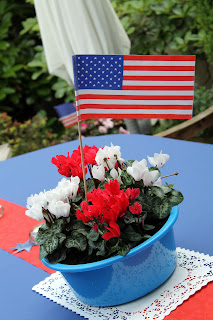 Often it's the holidays that are the hardest for an Expat. We miss celebrating traditions with our family and friends from "back home." But these can also be a wonderful opportunity to connect with new friends in an adopted country. So while today is a huge national holiday back in the United States, while merely an ordinary school and work day here in Germany (we're not even out on summer break yet!) I'm making the most of it all week and enjoying sharing a little American history and culture.

With summer holidays starting next weekend, we chose to ignore German taboo and celebrate early. So last Sunday, July 1st, we decked the house out in full patriotic flair with red, white, and blue streamers and flags hanging from all the windows and eaves and lining the drive to clearly announce that Americans live here. 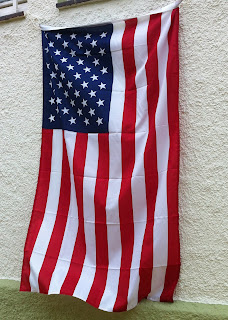 We put up a tent, strung bright balloons everywhere, with lots more flags in the backyard, set out decorated tables and chairs, and invited over 50 friends from our German neighborhood and the local Expat community - meaning Brits and Singaporeans and Scots, as well as other Americans.

I had spent weeks hunting down patriotic paper ware and decorations from Internet stores. I scrounged up classic recipes and calculated metric conversions and figured out ways to improvise on missing ingredients. (They don't sell blue Jello in Germany!).

I also spent way too many hours compiling a "patriotic play list" of music for the party. Of course it included classics like Springsteen's Born in the USA, Mellencamp's ROCK in the USA, and Greenwood's God Bless the USA. But my kids also contributed modern hits like Redneck Woman from Gretchen Wilson, Party in the USA from Miley Cyrus and a Beyonce version of God Bless the USA.

While grilling cheese burgers and hot dogs, served with BBQ baked beans, various salads, chocolate chip cookies, fudge brownies, and Jello shots, we clarified that this was a celebration of our country's independence from Great Britain and not the end of the American Civil War (some Germans had a heated debate about that!)

We were thrilled that nearly all of our guests, without prompting, dressed in red white and blue - one enthusiastic guest even had the US Flag painted across her face! It was brilliant (despite the Union Jack flag on her shirt)! 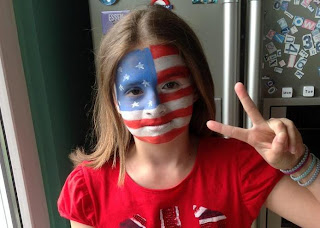 We were very lucky the typically miserable weather played nice and we enjoyed a beautiful sunny day. Lots of kids came, and it was fun to listen to their exchanges in "Denglish" (or "Germish") as they played - since all of the kids present were fully bilingual in English and German.

Two of the American women who joined us have lived in Germany for at least 10 years, married to German men with kids born here. I had met each of them incidentally through businesses they own locally. While I didn't know either very well, I thought they might enjoy a taste of home and invited them to celebrate with us. I was very excited that they came and had a great time. Both have written this week to tell me how great it was to connect after so many years with other Americans and to eat foods from home (like Rice Krispie treats!). It made me feel good to offer them a bridge to their native culture. 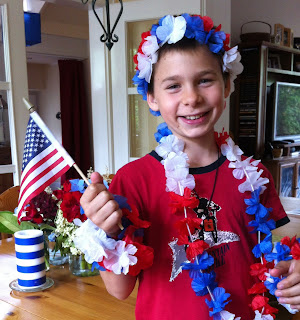 Today it was a bit sad to pack the kids off to school (like it was on Thanksgiving Thursday, as well). But they each wore their patriotic colors and took some American treats to share with school friends. One son prepared all the ingredients for homemade buttermilk pancakes with maple syrup and cooked breakfast for his class!

And tonight we have our monthly Native English Speaker Quiz Night, where the Quiz-master has promised an appropriately-themed array of questions. He's sent us some warm-up items and I'm afraid my chances of winning at this one are rather slim, but I know it will still be fun!

Can you answer these?!
Anyway, lesson of the week has nothing to do with American history, but everything to do with attitude. As long as it is a holiday in our heart, then it can be a happy occasion!

Happy Birthday, USA, with lots of love from Germany!! 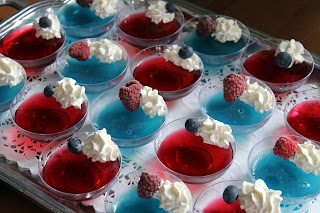 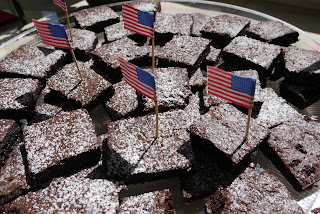 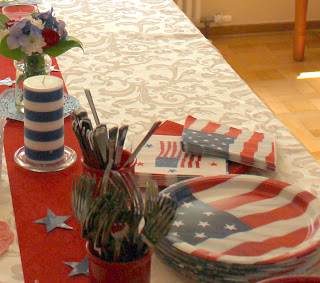 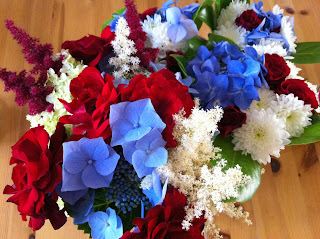 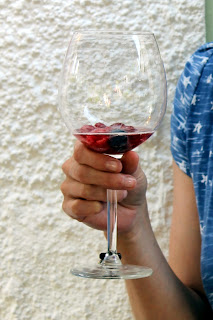 Photo credits for most shots: Viki Behm, our German exchange daughter (06-07) who drove up from Passau to spend the weekend celebrating with us! Oh the joy of throwing a party and being surrounded with the laughter and love of family & friends!