'Twas the day after Christmas and all through the house not a creature was stirring, not even a mouse. The treasured, precious, post-holiday peace - what bliss! 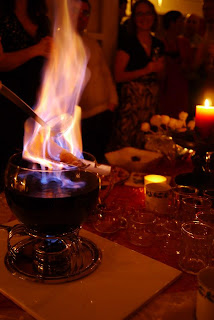 We've now survived our second Christmas in Germany. In many ways this was better than last Christmas, as we're more settled and have worked out some routines. In other ways, things fell through the cracks, as our lives are busy, with everyone more involved in school, work, and social circles. The first weekend of Advent I embarked on a wonderful weekend in London with my girlfriends. While I had a fantastic time (and you can read about on KettwigeFrau and Emma's Expat Adventures) it got me a bit behind schedule in launching into the Christmas season. The second weekend of Advent was my youngest son's 10th birthday, so not much Christmas prep happened then, either. It was the third weekend before I had some cookies baked, the house decorated, and the tree selected (once again with our lovely friends Rebecca and Sam and their three darling children). It was still several more days before we actually had the tree erected and decorated. That happened just in time for our annual Feuerzangenbowle party, the last weekend of Advent.

The in-laws visited for the holiday we sort of merged German and American celebrations by opening family gifts after our Christmas Eve raclette and then the Santa gifts on Christmas morning. 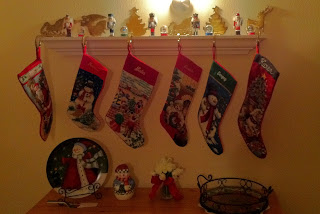 Christmas Day we took all the family out to the Flic Flac Circus in Dortmund. It was a fun afternoon outing, with a great performance, despite the scary fall of one of the performers. I do hope he's OK. So now three of the kids have returned to Hamburg with the in-laws and we'll catch up with them there on New Year's Day.

I regret not getting out any Christmas cards this season - for the first time in over 20 years. I bought the cards and the stamps and even drafted a Christmas letter for distant friends and relatives, but the evening I sat down by the fire with a glass of wine, prepared to write them, I saw the news of Sandy Hook and dissolved into tears over the senseless violent deaths of so many people not far from my home town, and was too grief-struck to send cheerful Christmas greetings. Instead I was glued to the news for several days, as were millions of others, I'm sure. I suppose I should try to send some out this week, but I fear that just isn't going to happen. I do promise to be back on the bandwagon next year (the first of my New Year's resolutions!) and will send out holiday greetings at the very least to those who kept me on their Christmas list!

I hope you've all had a wonderful Christmas holiday and wish you a New Year with good health and deep happiness!

Below is a little recipe I'll share in lieu of sending Christmas cards :)


This year I experimented with some new party recipes and came up with cute Christmas Canapés that were fairly popular. The recipe is super simple: 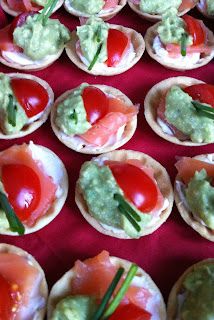 The result are lovely bite-sized green & red morsels that take about 30 minutes to prepare and can be chilled until you are ready to serve. I lined a platter with a bright red napkin for a pretty display.

If you have suggestions for other twists to this basic recipe, please share!