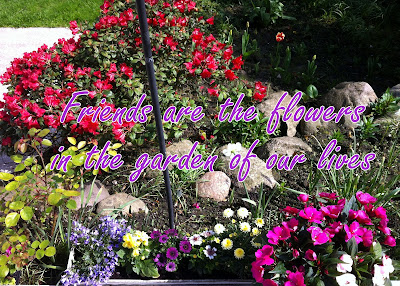 When you first arrive in a new country, it can be very lonely. Especially if you are the "trailing spouse" and not working outside the home. For the first few weeks, I threw myself into housework. Completely unaccustomed to not having a job and a dozen volunteer commitments, I wasn't sure how to occupy myself once I got the kids out the door for school. I walked a lot, exploring my new community by foot. I planned meals, cleaned house, and read books. Sounds like the relaxing life of luxury I dreamed of when I had a career and a thousand other things to do. But it wasn't. I was lonely and lacked any sort of adult conversation or intellectual stimulation. And I hate housework :)

I needed to find a way to meet people. Thankfully, a friend back in the States suggested I try online resources and actually sent me a link for a local "Meetup Group." I'd never heard of Meetup. And I'd only thought of online resources as a place for singles to look for dates. It never occurred to me, as a Do-It-Yourself-Expat, that I could tap into rich communities of people with similar interests or experiences in my new city. Duh.

So last November, I attended my first "Native English Speaker Quiz & Martini Night" at a great little bar in Essen-Kettwig. It was an interesting experience. I'm not fond of trivia quizzes, usually because I'm no good at them, but this one was actually quite fun and even I managed to know many of the answers. Plus, they had Martini's - which I love ;) But in terms of meeting people, the night was a bit of a let down. Most of the evening I ended up chatting with those who happened to be sitting closest to me at the bar: a couple business men who were in town during the week, but commuted home to England & Scotland on the weekends. We didn't have much in common, and while the conversation was pleasant enough, these weren't people I'd be making friends with. But during the quiz part of the evening, I teamed up with the bar owner, an American woman named Leslie who's been in Germany for at least a dozen years. She was a lot of fun, and I spent some time talking to her after the quiz. Although she's single and has no kids, she's close in age to me and we got on well. I was intrigued by her and admired how successfully she had built a good life in a new country, being perfectly at home in both languages and cultures.

When it came time for the December Quiz & Martini Night, I had mixed feelings about attending. I doubted that was a good venue for meeting people I had anything in common with aside from speaking English. And I'd never fancied myself the type of person who needed to cling to their home culture. I was more interested in meeting German friends. The only reason I went was to get out of the house and hang out again with Leslie a bit. And I'm really glad I gave it a second try!

At the next meeting, I found myself standing at a high-top with several women from the US and Britain. This turned out to be just the right crowd! The women I met that night invited me to join them for breakfast the next morning as well. Finally, I had found a wonderful group of women I had a lot in common with. Several of them, like me, were in bi-cultural marriages and had children in the German school system (although they had brought their children over at much younger ages and/or their kids were born here).  So while they all spoke English, they weren't, as I'd feared, "clinging to their home culture." Fully immersed in our host country, these women are able to speak the local language, and appreciate diverse perspectives and experiences. They understand what I'm going through and have not only been a shoulder to cry on in tough times, they've also been a well-spring of advice and referrals. And most importantly, they've made me laugh again - the most basic survival skill an expat needs!

From the original core group of  American and British women, I've met a number of others from various countries who are in similar circumstances, and now have a fantastic network of fun and interesting friends. Our families have gotten together for holidays and celebrations, with spouses and kids all getting along as well. One of my daughters gets third-language lessons from a French friend I met - a woman with four of her own multi-cultural children. And my daughters have landed babysitting jobs with kids who also speak English at home. It's been such a blessing for us all!

I've since learned of other expat and international groups and attended social events with InterNations and the Düsseldorf American Women's Club.

Last night, at an InterNations gathering in Essen, I met a really interesting woman from Spain, married to a German, with two adolescent boys, who has moved with her family through several countries. We exchanged emails and I'm looking forward to getting to know her better, as well.

I've discovered English-speaking book clubs, breakfast clubs, yoga clubs - you name it - for almost any interest or activity, there are groups meeting in and around the region, where open-minded, fun-loving people can make friends. I'm lucky to be living in a densely-populated metropolitan area, so these groups are already well-established here. If you live in a place that doesn't have international groups, then consider starting your own Meetup. And, if you try one or two events, and don't find friends, keep trying - because new people come each month and you may not have had a chance to talk to the right people the first time or two.

Here are some online resources for Expats. Please, if you have others to add, I'd love your comments!
Success as an expat depends largely on making friends and building a good support network. To all my international expat friends THANK YOU - you are the flowers in the garden of my life!
Posted by ~Karen at 12:49 PM