For Ascension (Christi Himmelfahrt) we had a four-day holiday weekend and took advantage of the extra time to explore the region. On this occasion, we headed for Bruges, Belgium. This UNESCO World-Heritage Site has been on my wish list of places to visit since we moved to Germany. But I must confess, I had no idea prior to booking our trip, that the day we planned to arrive is largely regarded as the most beautiful day of the year to visit the medieval city! It was incredible good fortune that we were there for Ascension Thursday, the day the city holds its 700-year old annual Procession of the Holy Blood, a tradition also protected by UNESCO and said to have begun in 1291.

Each year, as many as 2,000 people and hundreds of animals (including camels and herds of sheep), participate in this parade, during which scenes from the Old and New Testament are acted out. In the second part of the procession, the precious relic of the Blood of Jesus (brought to Bruges by Derrick of Alsace, Count of Flanders after the second crusade in 1150) is reverently carried through the streets by prelates in a golden shrine and worshiped through the procession by members of the noble brotherhood of the Holy Blood.  Having grown up in a Catholic school, and being familiar with all of the Bible stories depicted during the procession, I was especially in awe of this spectacular event. But I think even most non-Christians would admit it is an amazing production.


The procession begins around 2:30 in the afternoon and winds its way through the city streets for several hours, with music, dancing, elaborate costumes and floats, and magnificent religious artifacts. We stood watching from one place for over two hours and witnessed most, but not all of the procession pass by uninterrupted during this time. I have never seen such a spectacular display and am anxious to return another year, better prepared to rent front row seats in one of the city squares, in order to have an optimal view of the entire parade and all the performances throughout it. This year, my vantage point did not allow me to capture very good photos, but there are plenty to be found online elsewhere.

Other Attractions
Bruges, known also as a "Venice of the North" for its 14km of canals, is certainly worth visiting any other day of the year, as well. In fact, the day after the parade, with the crowds thinned out a bit, we were able to view more of the historic architecture, tour the magnificent churches, enjoy a romantic horse-drawn carriage ride around the city, and sample some of the famous Belgium waffles and chocolates. Yumm!!! I also tasted traditional Flemish beef stew and a baked dish made of endives wrapped in ham and cheese (both of which I loved!).

It was amazing to see the houses originally built for poor tradesmen, now beautifully preserved as homes for the wealthy - willing (so I was told my our carriage driver) to pay as much as 200,000 Euros for a 25 square meter home! I would have loved a peek inside. I can't imagine what life must have been like in these homes over 500 years ago!

In the Church of Our Lady, you will find one of the few works of  Michelangelo outside of Italy: a beautiful sculpture of Madonna and Child: Madonna of Bruges. And the Basilica of the Holy Blood is a magnificent Gothic-style church with a Romanesque chapel beneath it.

There is also a medieval hospital museum, art museums, a diamond museum and a brewery tour that we did not get to on this visit and which I understand are great attractions. Good enough reason for me to plan another visit soon! Oh, and I must pick up more of the delicious chocolates I brought back from Stephan Dumon! 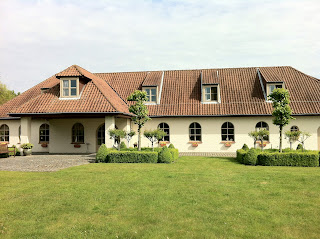 I understand now why finding a room in the city this week was so difficult, but as it turned out, we were very lucky to land upon the quaint little Haeneveld Hotel and Restaurant located in Jabbeke, 10 km outside Bruges. Here we booked the last three available rooms for our family of eight (the grandparents were traveling with my husband and me, and our four kids). I had to write to the proprietor ahead of our visit to ensure that we could have two extra beds put into one of the three double rooms we reserved. (For my American readers, most European hotel rooms only accommodate two people and rarely have space for extra beds). The proprietor wrote back promptly, happy to accommodate the request. We corresponded by writing in English and when we arrived, she also spoke perfect German - as did everyone we encountered in Belgium (Dutch is the official language of Flanders, but everyone seemed fluent in English and German and almost all restaurant menus were in at least 4 languages).

When we arrived at Haeneveld, the lobby and restaurant were beautifully lit with many candles. Dishes of chocolates awaited us on the counter and in our rooms (and gummy bears, too :) ). The hotel offers eight guest rooms above the restaurant/banquet facilities of this renovated farm. A generous breakfast buffet is included. All our rooms had amenities more typical of a larger chain hotel than a country bed and breakfast: stocked mini-fridges, complimentary water, bath robes, hair dryers, and little touches like nail files and sewing kits. There was even a shoe polish machine in the lobby area and a table of books and magazines to borrow! The furniture was dated, but the rooms were very clean and the service was above and beyond!

When we went down for breakfast, we found the owner had brought in and set one of the larger round banquet tables to seat all of our family together. She offered us each tea or coffee, and continued to refill our cups throughout our leisurely meal. She also brought warm milk and hot coco for the kids. She asked us about our visit, where we wanted to go for the day, and offered suggestions for attractions and parking. When we expressed interest in also visiting the beach after dinner, she suggested the best spot for viewing the sunset. And indeed, we tacked on a lovely visit to De Haan - a lovely location on the North Sea about 10 km from the hotel. Even if rooms were available directly in Bruge, I would chose to stay here again. The location between the historic city and the beach is convenient and we felt perfectly at home!

My entire impression of the trip to Belgium is very positive. Everywhere we went in and around Bruges, the people were very friendly and helpful, despite being overwhelmed with tourists. At no point did any service personnel appear irritated or impatient with us - on the contrary, they seemed to enjoy showing off their city and were happy to have us as their guests. This might seem like an obvious attitude for a city that thrives from tourism, but in my experience, there are plenty of places that seem to resent their tourist-based economy rather than embrace it.

Bruges, thank you for your wonderful hospitality - I look forward to visiting again soon! 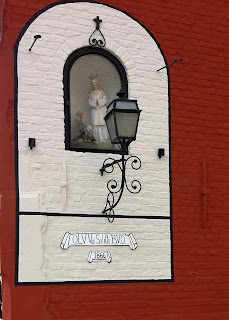 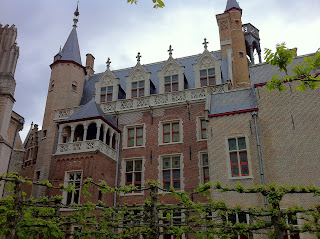 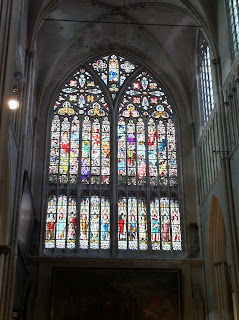 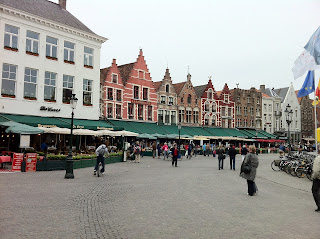 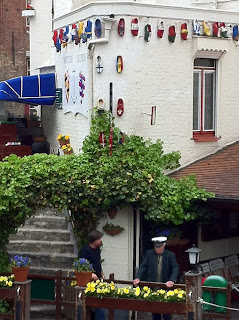 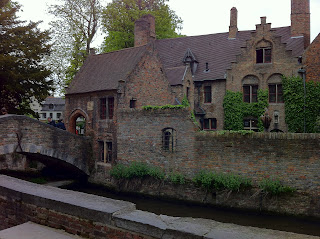 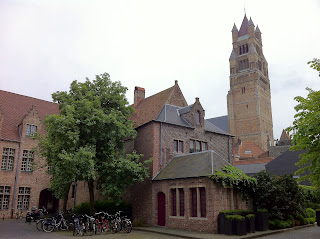