Apologies! Life got in the way...

So this is something of a travel smörgåsbord post; thinly disguised as an apology for having shirked my writing responsibilities for so long. You see, lately I've been way too busy living life to find time to write about it. I've drafted dozens of posts in my head while traipsing through the summer and early fall. But now sitting before an intimidating blank screen prepared to illustrate them in full-color glory, I hardly know where to begin!

At the start of summer I took off for Munich, and wrote a review of that Summer trip slated "First up: Munich" but then failed to ever report on subsequent forays. So here's a belated recap of some other summer adventures, with a couple teasers for travel posts still to come... 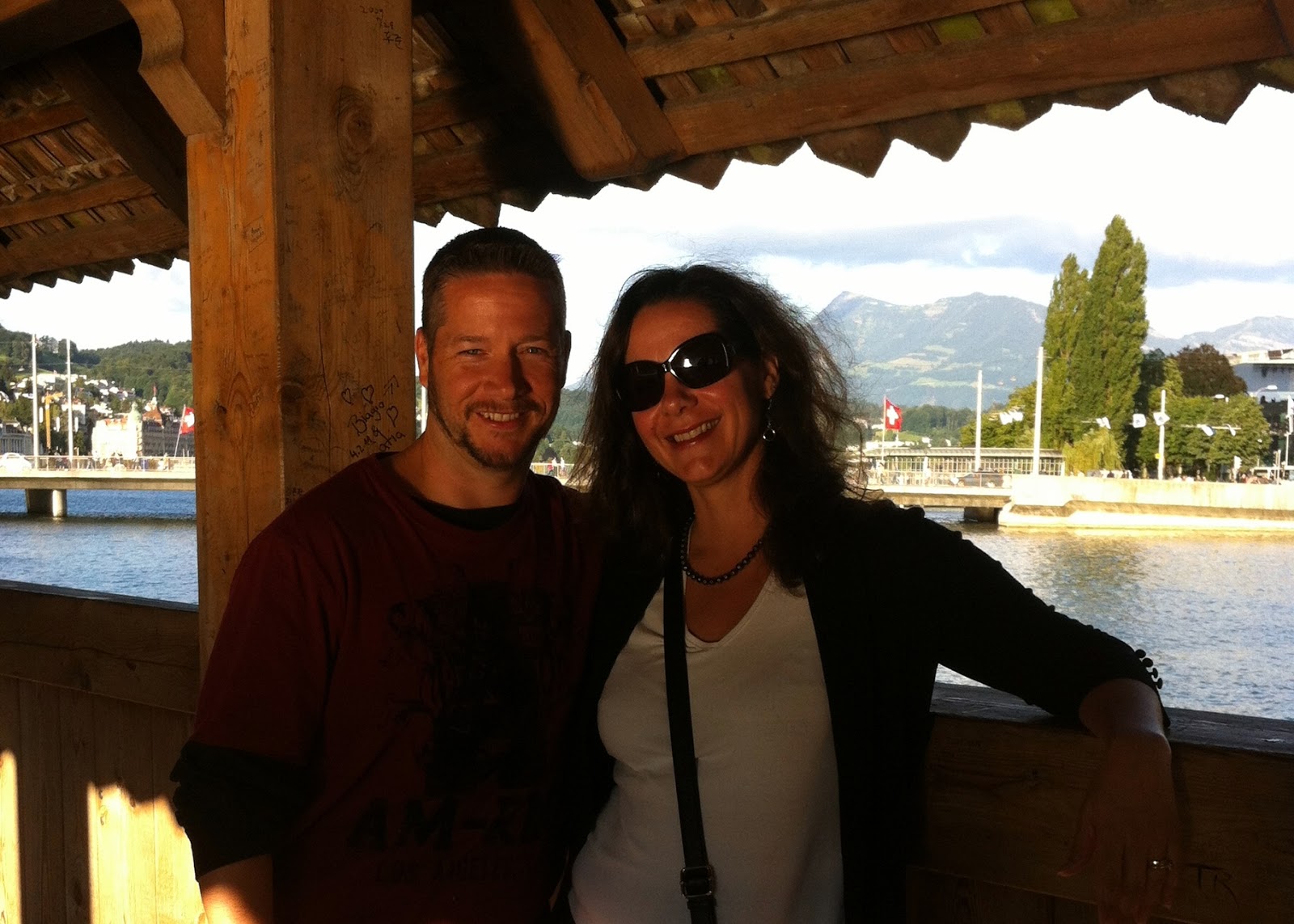 In late July, we visited Lucerne, Switzerland with my brother and his family. I wish I had been able to capture better photos, but the weather most of the time was miserably cold and rainy. What I do need to share is that we took an awesome (albeit freezing cold and wet) excursion that, one day, I'd like to repeat under fairer skies and which I strongly encourage you to take if you find yourself visiting the Swiss Alps. It was the Golden Round Trip to Mt. Pilatus. This tour involved a ferry ride across the incredibly beautiful, turquoise-blue Lake Lucerne, followed by a slightly scary spectacular ride up the world's steepest cog railway. Once atop the nearly 7,000 foot peak, you have the opportunity for some awesome hiking and sightseeing. Unfortunately, we couldn't see much, entombed as we were in formidable rain clouds. To descend the summit, the tour includes an aerial cableway ride part-way down, then you switch to smaller gondolas for the remaining trip to the foot of the mountain at Fräkmüntegg. A short bus ride then returns you to the starting point in Lucerne. 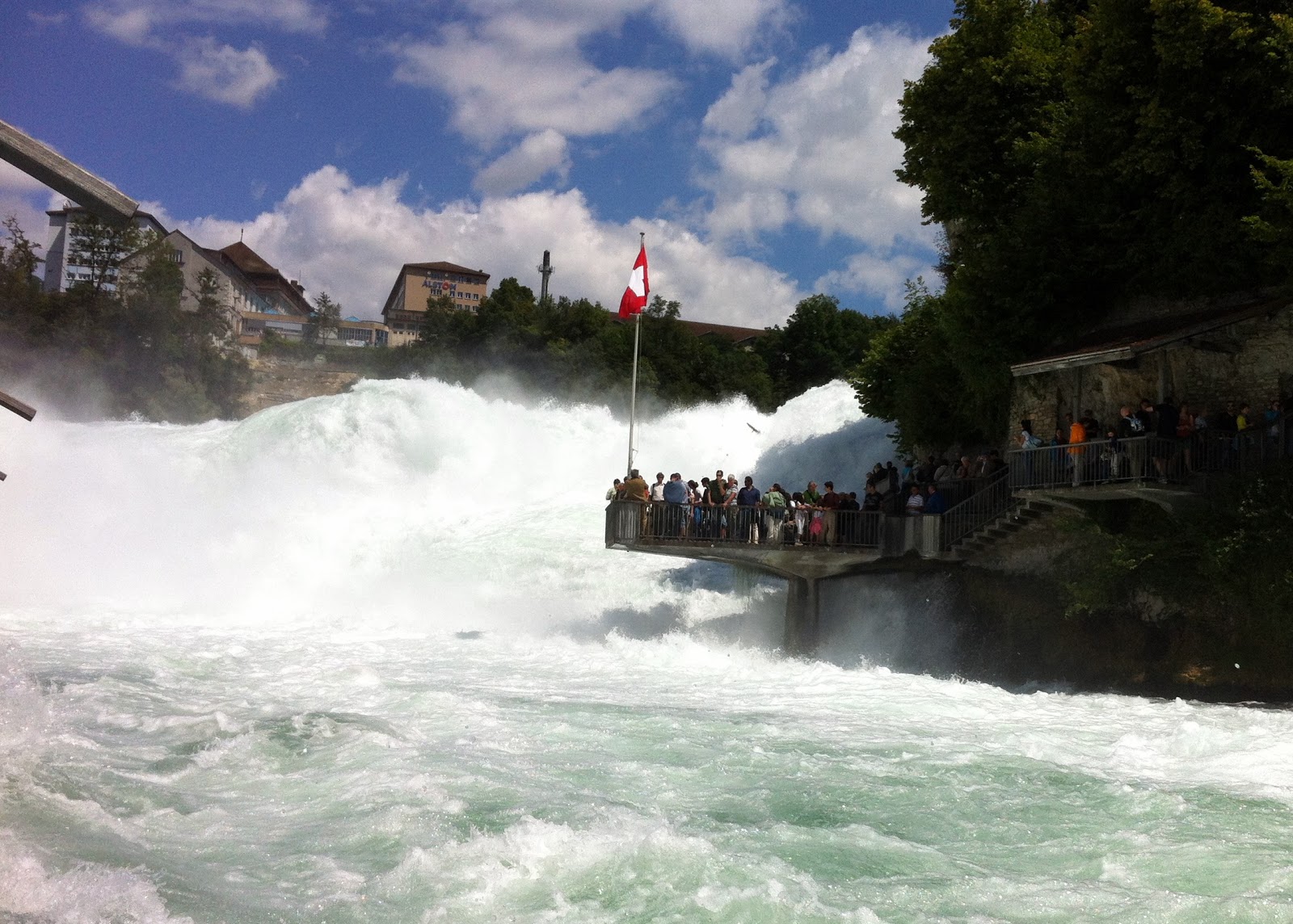 Another day trip in Alpineland included a boat ride to Europe's largest waterfall: Rhine Falls and a hike through the town of Schaffhausen. This was nice, but if you've been to Niagara Falls, Yosemite Falls, or Viktoria Falls (among many other gorgeous river cascades) prepare to be unimpressed.

One of the more exciting adventures for the men in our group was a day of Canyoning in Interlaken. Unfortunately, since the younger kids were too small for this, my soon-to-be sister-in-law and I got stuck taking the four little ones to a noisy, chlorine-filled indoor water-park. The kids loved it, we couldn't wait to get back to the hotel and crack open a bottle of red! 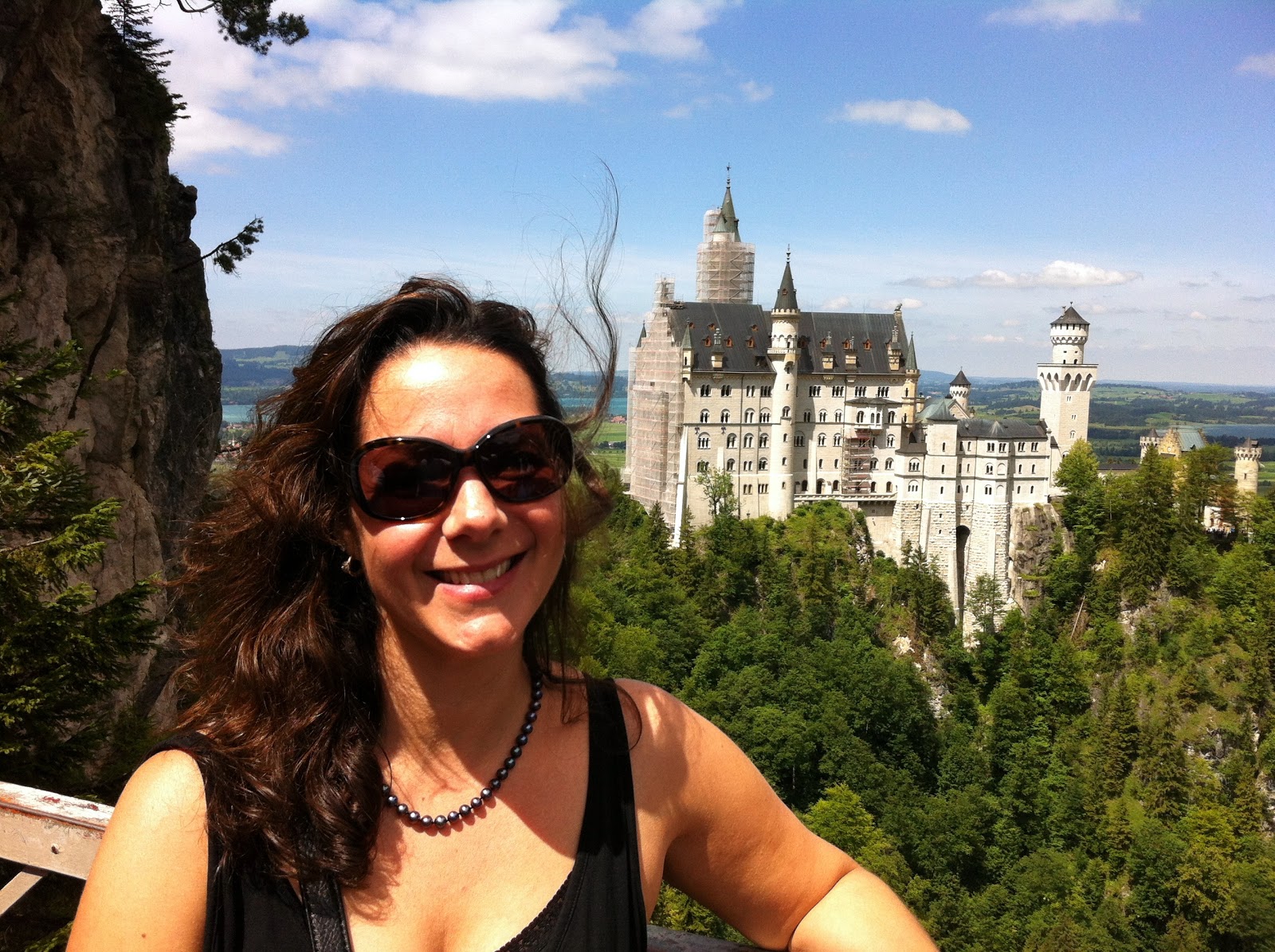 We departed Switzerland after a few days and headed for the fairy-tale Neuschwanstein Castle. At least on this day, the weather gods blessed us so we were able to enjoy stunning views in the German Alps. Arriving too late to get tour tickets for the famous structure that inspired Disney's Cinderella Castle, we were able to tour the neighboring Hohenschwangau Castle, where King Ludwig II spent his summers growing up and actually lived while building his dreamy princess palace. The tour was fantastic and I was really glad we did it. The rooms of the castle are richly furnished and the wall murals are amazing. We were able to get a sense of what life was like in the castle during the early to mid 1800s. 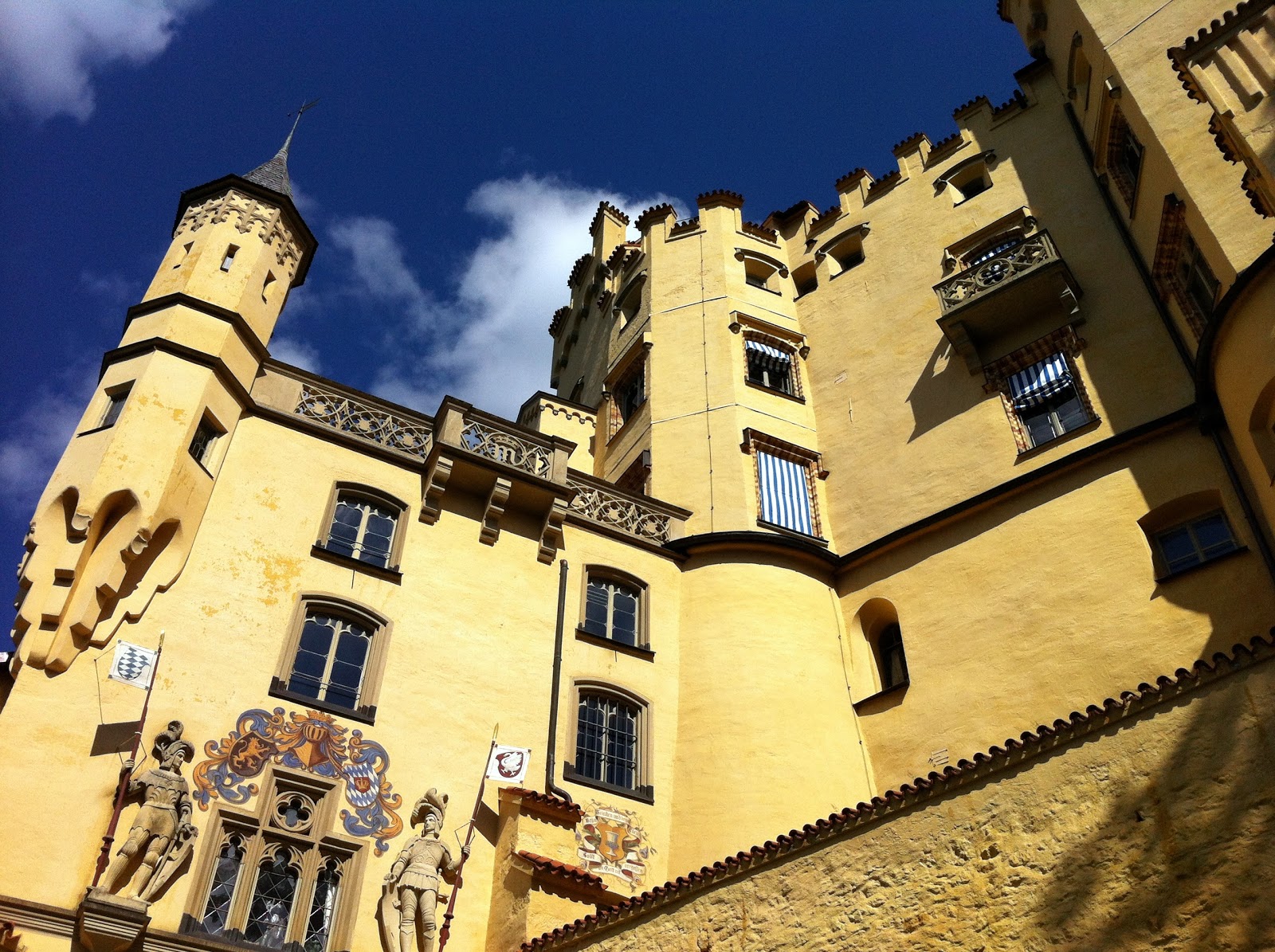 The castle visit was followed by another trip to Munich so my brother and family could visit my daughters and experience a traditional German beer garden, among the other great sights of this historic city. Most of this rainy trip included the same points of interest I reported in the Munich blog post, minus the sunshine.

The Maldives
The final trip of our summer was a three-week dream vacation to a tiny atoll in the middle of the Indian Ocean - part of the Maldive Islands. That trip, which was a gift from my in-laws, is going to need its own blog post, so I promise to get one up in the next couple of weeks! Right now, I'm still sorting through the thousand photos we took and trying to assemble an album to give them as a thank-you present.

Autumn Adventures
Then summer ended, I celebrated my birthday, and the first full year of my new life in Germany came to a sentimental close. School resumed and life moved on at a somewhat normal pace, with the expected highs and lows of kids continuing to adjust to a challenging situation. We were all grateful when fall break arrived. And with it, came a visit from the American grandparents. That, too, deserves its own post. So as soon as I gather all the photos from the various trips we took to the Baltic, to Belgium, along the Rhine, and throughout the Ruhr region, I'll get them up for you! And as a side note on crazy adventures, last week, in the middle of the fall break, with the grandparents and rest of the family as witnesses, my girlfriends and I participated in the Essen-Kettwig Drachenboot Race. This was a huge amount of fun and definitely worthy of its own blog post, but since my co-conspirators KettwigeFrau  and Expat Emma already blogged about it, I'll refer you to their wonderful sites! (And they're religious about updating their blogs, so check in often and you might even learn more about what I've been up to).

So, apologies again for not writing in so long. One of these days I'm sure life will slow down enough for me to find no other excuse for blog-procrastination! Until then, I hope you all are enjoying adventures of your own!
Posted by ~Karen at 1:05 PM